Warning: in_array() expects parameter 2 to be array, null given in /var/www/web170/html/tschurilow/templates/whitetrail/html/mod_menu/default.php on line 47 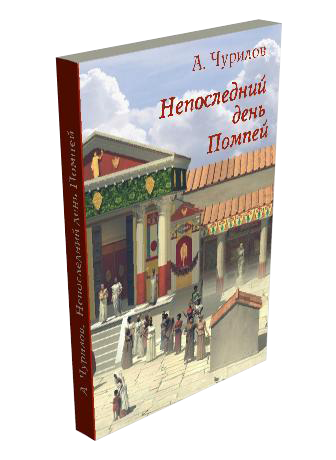 Created and designed by Pixelsparadise.com 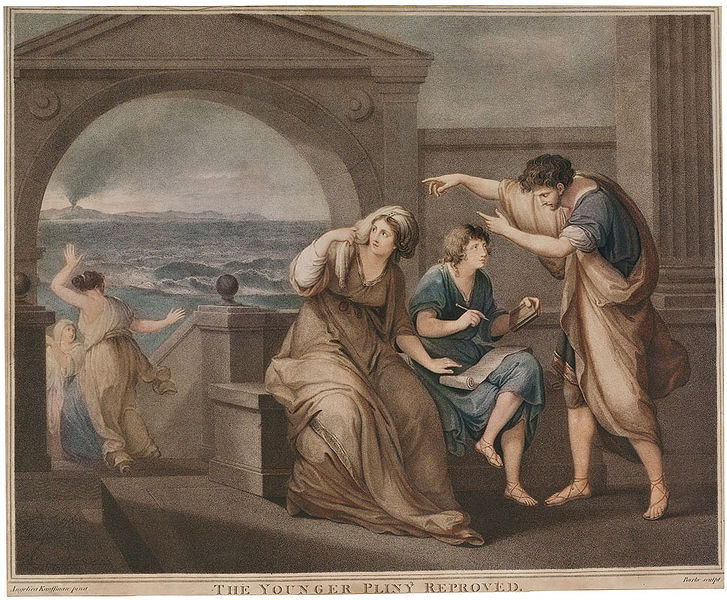 What do you think about?

"It seems that the 14th-c. Giovanni de Matociis, aka Johannes Mansionarius, was a Veronese clergyman who was one of the first to develop critical tools for making sense of the mess of classical sources. One of his key contributions was to make clear that there were two Plinys(at the time, there was thought to be just one — a conflation of the Elder and Younger); he did this in brevis adnotatio de duobus Pliniis. The passage you cite seems to be one of Mansionarius’ arguments for distinguishing the two men: Suetonius says that Elder Pliny died at age 56, and Younger Pliny claims the same age at death for his uncle, thus meaning that the Elder and the Younger had to be two different persons (I’d wager that the ‘matching of age at death’ is what ‘cui consonat’ refers to). In letters 6.16 and 6.20, Pliny does not actually name his uncle; he doesn’t have to, because it is obvious to Tacitus, the addressee. E.T. Merrill, in the Classical Journal of 1910 (vol. 5.2, pp. 175-88), says (p. 181): “Again, in the same paragraph of the Adnotatio he quotes “Suetonius Tranquillus” as authority for the statement that the elder Pliny was smothered under the ashes of Etna, and yet calmly refers to Plin. Ep. vi. 16, which he must have known gives quite a different story. The Mansionarius certainly was aware that Campania is not Sicily, and Vesuvius is not Etna. But, as was the case with Vincent [another scholar] in the instance cited, the different sections of his doubtless somewhat overloaded memory were not always geared together.” In short, Mansionarius knew better, but wasn’t thinking clearly about reconciling these two stories of Elder Pliny’s death in this passage; he was interested in proving that there in fact were two Plinys." -  (A comment from Pedar W. Foss s. http://quemdixerechaos.com/2012/12/04/translatingplinypt4/comment-page-1/#comment-105)

Was Mansionarius a madman? Not at all.

Mansionarius rightly decided that it can not be that a man in his letters describing his own death. So letters belong to someone else, according to the name, some close relative. It would seem that there could not be any doubt. The Younger Pliny writes – “…my uncle” (6.16.1). However, this division into two Pliny was revealed to the world as a discovery. Why?

In common version of Life of Pliny the Elder Suetonius says nothing about Sicily, but almost word for word passed version of the death of Pliny, allegedly voiced his nephew’s letter to Tacitus, which is becoming a strong suspicion of forgery.

It is possible that Tacitus showed to Suetonius the letters addressed to him by Pliny the Younger, who used them as a source of information for his series of “Lives of famous people”, but what is most interesting, Tacitus does not used this information by himself as well as Suetonius never mentions in his writings Tacitus!

What is unknown to us today, which version of Suetonius MS Mansionarius has used and, more importantly, where it is gone after his death?

I would put under suspicion the Paduan humanist Sicco Polenton (Sicconio Polentone), which in 1437 produced the first history of Latin literature in 18 volumes. As Berthold Louis Ullman considered, Sicco, because of the large amount of work for his intended History, took the path of least resistance, and, once he has copied all that he wanted to include in his book from a single existing copy to that time of the Suetonius De Viris Illustribus MS, destroyed the MS in order to prevent possible further charges in plagiarism.

But it’s not that simple. Mansionarius, focusing on Suetonius, should be familiar with the letters of Pliny the Younger, to which he refers. However, unfortunately his letters have not being quoted! Did he not pay attention to the discrepancy in the description of the place of death of Pliny the Elder by Suetonius and by Pliny the Younger? Maybe in the XIV century, the texts of letters of Pliny to Tacitus as well as the texts of Suetonius differed from that canonized by now?

Humanists of the 14th century under the influence of popular imitations of ancient authors, such as Cicero (Ad Atticum, Ad Familiares) and Pliny, practiced writing dialogue in letters. To distinguish which of them really are authentic is almost impossible. Particularly successful in this business was Jerry Arezzo ((Geri d’Arezzo (Gerius Frederici de Aretio) 1270 – 1339). In his written conversations he often quotes or imitates Seneca, Juvenal, and especially Pliny. In a letter to Bartolomeo Oliari, the Cardinal of Padua in 1395, Coluccio Salutati, chancellor of Florence and a leading humanist of his generation pointed Jerry as the greatest copycat of Pliny the Younger in that time and the “first cultivator of eloquence” after centuries of decline of the rhetoric.

From the epistolaries of Jerry survived only six letters. One of them addresses the Florentine poet Gherardo da Castelfiorentino, dating from 1306 – 1339′s, in which he admires Pliny Secundus of Verona, as a brilliant orator. This letter was accompanied also with allegedly found by Jerry a manuscript of Caesar’s “De bello Gallico”, the existence of which Petrarch never knew until his death. All the rest has disappeared until our times from the literary circulation. It is possible that some of his letters were later supplemented to a collection of letters of Pliny the Younger and even edited with.

In connection with the alternative version of Suetonius of the death of Pliny the Elder in Sicily whilst the Mount Etna erupted, let us carefully consider the letter of Pliny to Tacitus (6.16) one more time.

One can assume that the explanation (afterwards it was known to have been Vesuvius) is a later interpolation. Why? If you are in Miseno you can not be confusing Vesuvius with any other mountain. Vesuvius from there is in full view and Pliny`s uncle did not have to climb to a higher place to see it. All the more so, because at such a distance one hundred meters difference in height of the observation point above sea level do not play any significant role in improving the view. 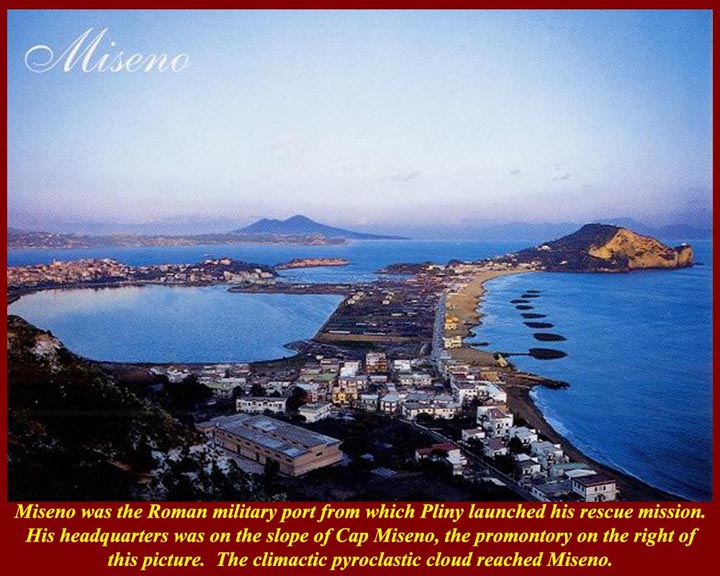 But if the uncle was not in Misenum, where he “was in command of the fleet”, but in Messana in Sicily, it really would have been difficult for him to make sure from which one of mountains came out a cloud resembling a pine. Also the ancient port and the famous Roman naval base Missina (Messana) in Sicily is very in tune with Miseno. 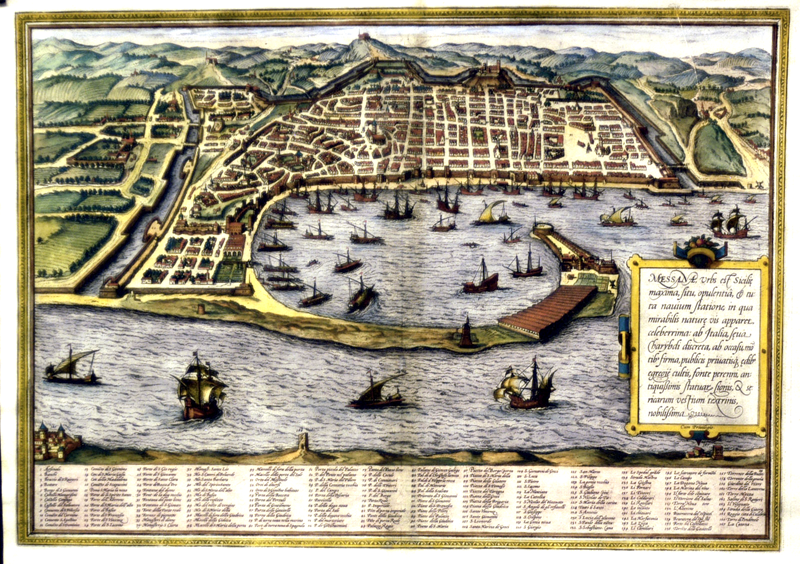 Some comments to the timeline:

Then his uncle, for the sake of interest, ordered to prepare liburna and was about to leave the house when he received a letter from Rectina, wife of Tascus:

Pliny does not specify how long the uncle Pliny surveyed the surroundings and how soon liburna could be ready to sail, but to get from the foot of the Mount Vesuvius to Misenum, currier of Rectina would need to drive his horse at a trot changing from time to time to walk more than 40 km along the coast. And it is not less than 4 hours. Otherwise forty kilometers of a gallop - a horse simply won’t survive, it would die. And the Roman roads were not built for a derby.

Pliny also does not specify the time required for charging quadrireme but in any case it turns out that, when the uncle Pliny finally become ready to rescue Rectina, the day wore on. However uncle Pliny to reach the event, even in a straight line, must sail about 30 km of distance. And that, at an average speed of 5 knots (Knot = 1,852 km / h), means for at least 3 hours of sailing. On August 24th in Naples at 7 pm is already dark. And if you would believe in other MS of letters of Pliny, where the eruption of Vesuvius occurred in November, there was already dark at 5 o’clock in the afternoon. At night, as I know, in those days nobody sailed.

Pliny the Younger does not mention neither Pompeii nor Herculaneum. Probably in the 14th century, when the letters of Pliny were forged (or altered), no one did know anything about their deaths and in Sicily such towns do not exists.

Cassius Dio, as you know, has been discovered much later.